4 Common Styles of Homes Worth Remodeling in Seattle

Posted on August 29th, 2018 by Sound Renovation, Inc
4 Common Styles of Homes Worth Remodeling in Seattle 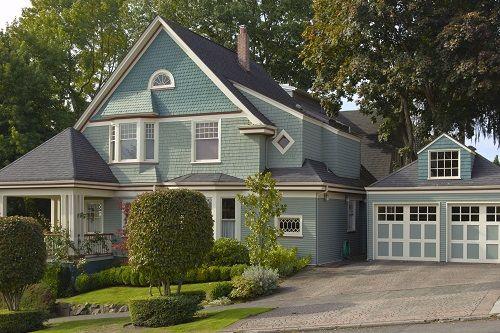 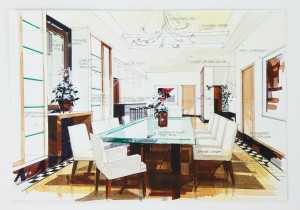 Over the years, Seattle area home building styles have evolved. As a fresh entrant into the real estate market, some of the names and terms that are related to home styles might not instantly evoke an image within your mind. It’s a starting point that gives you insight into not just the overall appearance of a specific type of real estate, yet also the in-depth features which are telltale indications of a signature style of home.

This isn’t by any means a full list of all styles that are available, nor are the timeframes precise. Most of these houses were built over a 20-to-30-year time span; however, for brevity’s sake, they’re listed within one decade.

For the past century and beyond, the majority of single-family houses have been constructed by developers, on spec. Below are 4 distinct design families our remodeling company sees in Seattle and its suburbs.

The “Four-Square” or “Seattle Box” had a geometric form—a near-square, simple, 2-story box to which one of many styles would be grafted, such as shredded wheat flavors. In the communities in which Boxes prevail, like Capitol Hill and Beacon Hill, these may include Tuscan, Craftsman, neoclassical, and perhaps Mission Revival. However, the Seattle Box came into existence as a response to the pretensions of the Victorian era; therefore, both its decoration and geometry are typically restrained. The Seattle Box adaptation oftentimes had a front porch that was inset, as well as thrust-out window bays on the second story that collected more sunlight.

Most Boxes were constructed from books or kits that were supplied by Sears & Roebuck. Victor Voorhees, an architect in Seattle, published one popular pattern book in the year 1907; in which he illustrated a 2,000-sq.-ft., 8-room Box. His price estimate was $2,400.

Bellevue has such an amazing selection of modern, midcentury homes, most notably inside the winding, hilly streets between Lake Sammamish and 156th Avenue. Most, although not all, are builders’ spec homes, and they provide a space-age evolution of the Prairie style of home, as well as streamlined, forward-looking aesthetic.

Living rooms oftentimes have decks that are view-friendly that cantilever out over the gardens, “cathedral” ceilings, and stone or brick veneers will add texture. The disadvantage is that its bedrooms, oftentimes located half underground upon the lower end of a split-level, are usually as dark and bleak as its living rooms are dramatic and light. 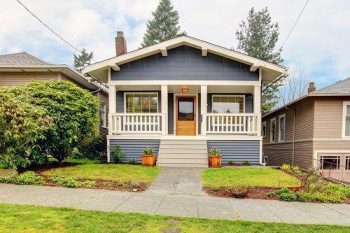 In Seattle, bungalows really boomed from about the year 1905 to the dawn of the Depression. Bungalows were the modern-day architecture of their age, more in tune with their era, as well as the lifestyles of middle-class families than the dowdy Tudor and Victorian styles of generations past. They provided less structured internal spaces and implied casual living; their honest expressions of structure and materials were seen as part of a fresh value system. Artist A. Renfro, who constructed a Craftsman style within the Beaux Arts village around Lake Washington, wrote about the massive 14”-thick posts that support its porch roof. According to Renfro, he liked the feel and look of massive, heavy timbers, and think it has a great influence upon the kids.

Although the majority of designs came from pattern magazines and books, its architecture had an excellent influence on Seattle area. The jumble of widely overhanging, low rooflines in communities such as Wallingford and Ravenna bring the geometry of the mountain horizons directly to the city, and their commonly deep, wide porches are ideal for an excessively moist climate. We could do a lot worse than update and revive this style for a new century. 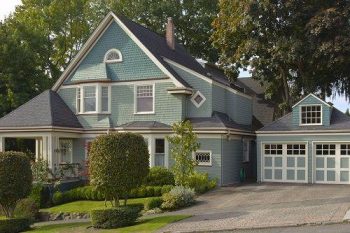 These were mass-market, big single-family houses which builders ladled into suburban developments like Issaquah Highlands from the ‘80s to the start of the Recession. Even though they took some of the details from Craftsman houses and additional historic styles, the homes weren’t Arts & Crafts in philosophy—they were mass-generated and practicable for cost-effectiveness. Plus, they were pretty much Victorian in form, along with a vertical focus which mandated 2, 3, or even 4 stories. The area’s population explosion squeezed outlying land lots to urban dimensions, as well as suburban demands for space for families meant the houses needed to expand upward.

This style revived some great elements, like front porches. However, this style was driven a lot more by marketing nostalgia as a commodity instead of designing for modern-day worries, like making the best use of views and light and flexible space and energy inside. Developers learned through experience that picturesque nostalgia is what will sell to the biggest amount of folks.

We’ve been fortunate to appreciate the craftsmanship of every type of home in Seattle firsthand. Over the years, we’ve added to, maintained and restored homes of every era. Here are some of the ways we provide thoughtful remodeling for Seattle:

If you’re looking for remodeling that works with your Seattle home’s existing style, give Sound Renovation a call today.

How to Choose the Right Color for Each Room
|
Go Green in the Kitchen: The Most Energy-Efficient Upgrades